Excel "How to" list
58 "How to" posts
Toggle Sub Categories

Excel Back to Basic

How to use Count, CountIf and CountIfs functions in MS Excel?

In the previous post, we learnt about Keyboard shortcuts in MS Excel. In this post, we shall learn how to count cells using Count, CountIf and CountIfs function.

The result is only 5 as shown below because only 5 columns (Sl. No., Age, Salary, PPF, Total) columns having numberical data.

Similarly, we are trying to count the rows that contains numberical data. 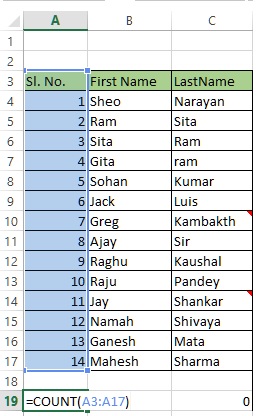 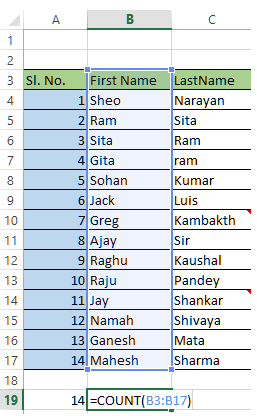 As you can see that both A19 and B19 cell is using same formula to count row 3 to 17 but the result would be below. 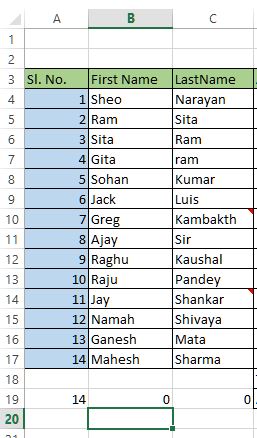 As A column contains numberic data so it is giving number of rows, but B column has all string data so the result is 0.

CountIf function is used to count cells based on one criteria only (less than, greater than, equal to etc.). The criteria can be either for numerical value or string value.

Look at the below example. In D21 cell, the formula is written as '=COUNTIF(D4:D17, "<18")', it means that Count only those cells having value less than 18 and in this case only one cell D13 valid so the result we are getting is 1. 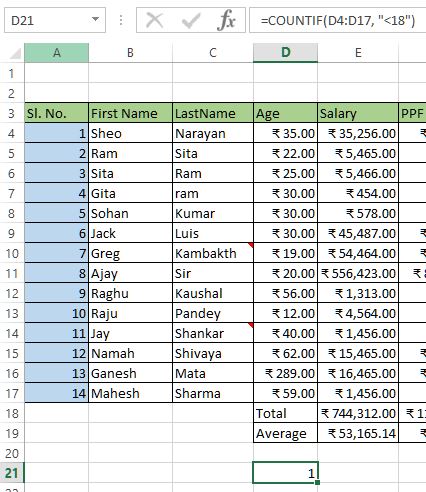 We can even use wildcard characters in CountIf function. 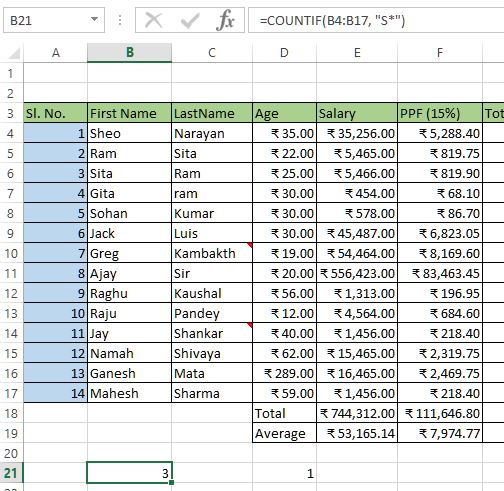 This is counting cells whose string value starts with "S".

So if both criteria is met then only that particular record will be counted. 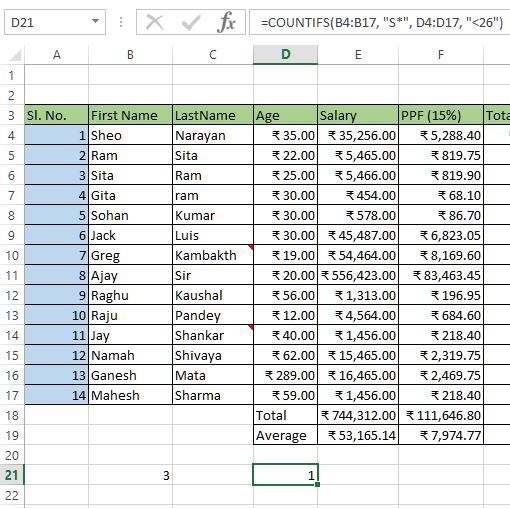 How to count cells with specific text in Excel?

To count cells with specific text in Excel, we can use CountIf() function. Select a blank cell and write formula like this '=COUNTIF(B4:B17, "Sheo")'. In this case I want to find 'Sheo' text. 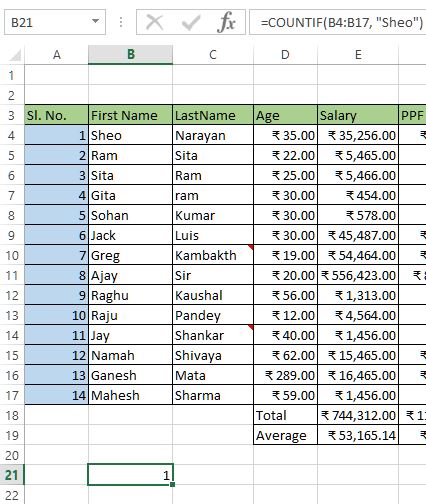 As written earlier, we can use wild card characters also to count the occurences, like

How to count non blank cells in Excel?

To count Non Blank cell in excel, use the same COUNTIF function but the 2nd parameter would be '<>'. So the formula to count non blank cells is '=COUNTIF(G4:G19, "<>")' where the range of cells it is counting is G4 to G19.

How to count blank cells in Excel? 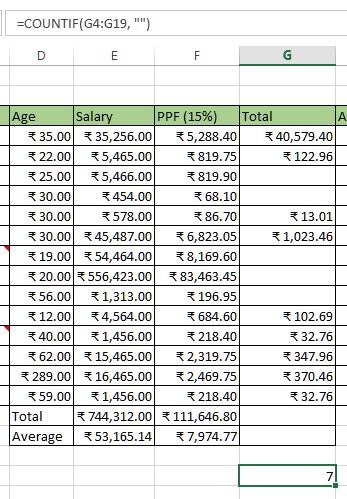