How to perform left join (or left outer join) in SQL Server?

Left outer join (or left join – both are same) is used to join more than one tables where we want all records from the left table (the table name that appears first in the query) even if their matching records are not present in right table (table name that appears next). If match exists in the right table, those records are presented I the result otherwise NULL values are displayed against record of left table. 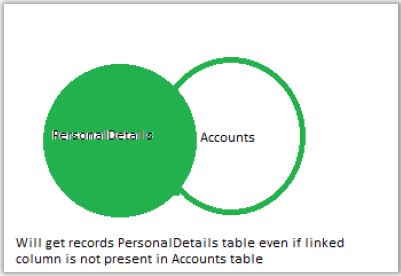 To demonstrate this example, we have two tables as shown below 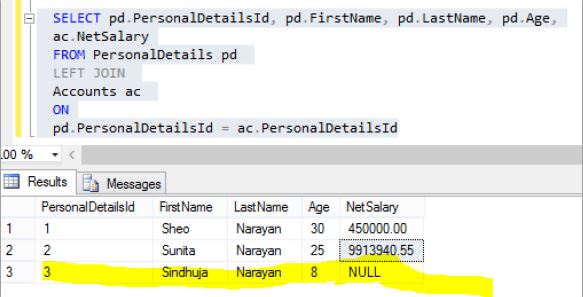