Filter in Group by in SQL Server

How to filter result returned from Group by clause in SQL Server?

In the above statement, we have filtered the result of GROUP BY having LastName = ‘Narayan’. 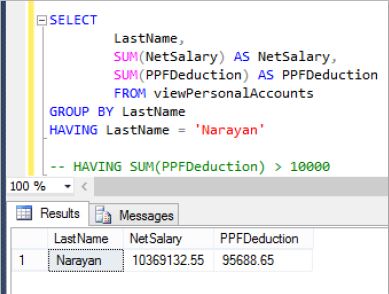 Similarly, we can also filter by the SUM of either NetSalary or PPFDeduction. 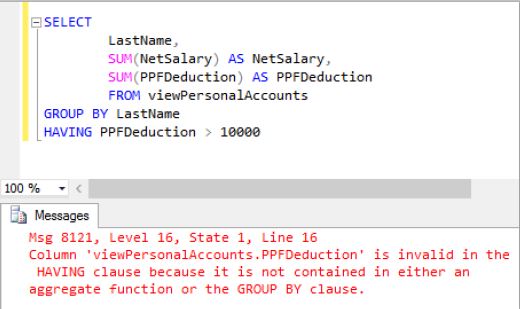